Mortgage professionals are standing by!

An appellate court ruling prevents lenders from reverting to the original note and its default rules.

You’ve heard of ivory tower thinking. How about the Ivory Court of California?

Last month a California appellate court concluded that a mortgage lender could not require its borrower to revert to the original mortgage note terms if the borrowers defaulted on new, modified note terms as a condition of accepting the mortgage modification.

The Great Recession brought a landslide of loan modifications as homeowners failed to make payments on subprime loans. A report by Hope Now estimates some 8.7 million permanent loan mods have been written since 2007, and another 17 million temporary “other workout plans” were made for delinquent borrowers who got deferment or a reduction of payments for a period of time.

In the case of Charles Taniguchi et al v. Restoration Homes LLC, it was 2009 when Charles and Marie Louise Taniguchi signed a loan modification agreement after struggling to make their house payments (originally taken out in 2006 for $510,500). Among other things, the mod fixed the interest rate, reduced the interest rate and monthly payments and deferred approximately $116,000 of accrued unpaid mortgage payments and foreclosure expenses on their loan.

One condition was a failure to make the modified payments would be considered a default and the lender would have the right to enforce the original 2006 mortgage terms, which included an acceleration clause requiring immediate payment in full or face foreclosure. 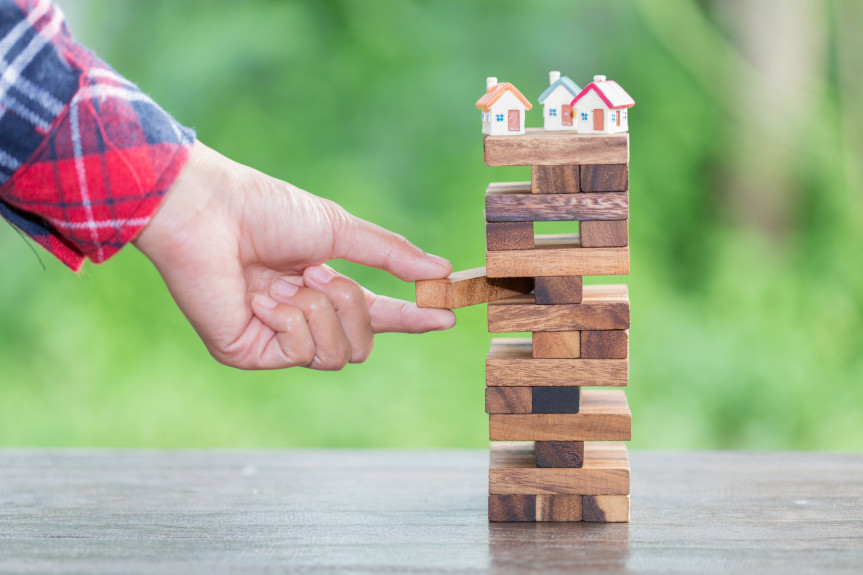 The Taniguchi’s missed four payments on the modified loan, and that’s when the court battle ensued. The long and the short of the appellate court ruling is that if a borrower modifies a mortgage (bringing the mortgage current and paying the lender’s foreclosure charges, etc.), then the borrower gets to stick with the mortgage modification terms and is not required to revert to any original note language that may have been included in the mod agreement.

Restoration Homes argued, in part, that lenders willing to provide borrowers with one final opportunity to save their property want to incentivize the borrower not to default again, particularly those with large arrearages. If lenders can’t readily collect (after a modification default), they’ll be disinclined to offer such loans.

At the California Appellate District 2, judges concluded: “these contentions are not supported by any evidence and we do not find them convincing.”

Do these judges not understand real-life economic incentives? Why should the borrower stick to the same mod terms if the money catch-up is all that is needed and the borrower does not have to sweat paying the arrearage or lose the home? Why would the lender even offer a loan mod if there is just a carrot but no stick?

The 2013 California Homeowners Bill of Rights requires a lender to consider your completed loan modification application, according to attorney Cynthia Velasco of Gomez and Simone, but it’s under no obligation to grant you such a loan.

Letting borrowers off the payment hook does not bode well for the mortgage industry, which notes re-defaults on loan mods are a growing issue.

A foreclosure is a losing proposition for both sides. It costs lenders an estimated 10% to 15% of the property value to cover repairs, maintenance, carrying costs, sales commissions in order to dispose of a foreclosed property, according to attorney Stuart Wolfe of Wolfe & Wyman LLP.

Starting with the mortgage meltdown days (January 2009) through November 2019, lenders have granted 233,619 mortgage modifications on California properties according to Attom Data Solutions. The volume of mods issued spiked starting in 2013 and has held relatively steady year-over-year ever since, even with this red-hot economy.

Do we really want lenders to just say no?

California’s history is of boom and bust. Now would be a good time for either the California Supreme Court to address the ivory court decision or Gov. Gavin Newsom and company to legislatively come up with fair incentives for both potential loan mod borrowers and lenders before the ivory really hits the fan.

" If you prefer to select one loan provider rather than spend time shopping, Mortgage Grader looks like a good choice" - Washington Posts

Website May Lead to Fairer Loans
"It's a noble proposition; getting folks a square deal on a mortgage using the ubiquity of the internet." -Jonathan Lansner, Business Columnist

"My post was about the difficulties inherent in getting consumers to choose this superior model for getting financial advice."